No thanks That's fine

This project was archived on 31 October 2020

We are working with 13 of our members to make collections available which document socially inspired political developments in the first half of the 20th century.

Background to the project

In the early stages of this project we explored the possibility of digitising independent press content produced during the 60s, 70s and 80s. However, this proved prohibitive in terms of rights clearance costs.

With our partners, we decided to focus instead on early social movements of the 20th century - in particular women’s rights, women’s engagement in politics and peace activism during the interwar years (1919-1938). These publications were produced by those who wanted society to become more equal and reflective of the efforts made by ordinary people.

For centuries, pamphlets have enabled people to publish and publicise their own concerns, especially their political views and their desire to see improvements in sanitation, health and welfare. More generally they have allowed commentary on society.

Together with our 13 partners, we developed a joint funding model. These members had purchased early access to the UK Independent Voices collection, which is now available on open access. We used 50% of this fee, matched with additional Jisc funds, to build a fund to digitise UK collections of a similar nature.

This is an innovative collaboration between Jisc and 13 partner libraries. We are working together to identify collections to convert to digital and make freely available on the web under a creative commons licence. This will still be subject to us clearing the rights, but this appears to be a more straightforward undertaking.

We will draw content from collections the our partners hold. As this is a pilot, we will examine the potential for deploying International Image Interoperability Framework (IIIF) technology to deliver the content and to enable the use of annotation to enrich metadata.

We will also explore the use of identifiers to test if we can make the material part of the scholarly communications infrastructure. Both of these aspects are experimental and we will report on the outcomes to inform future working even if we cannot implement them at this stage.

Our members and key stakeholders have consistently asked that we support a coordinated approach to the digitisation of special collections held in higher education libraries and archives.

This project is acting as a pilot for "digitisation for digital scholarship", an initiative which responds to requirements we gathered during our new business models for digitisation workshop at the end of 2017.

How this benefits you

The idea is that participating UK higher education libraries will steer the selection of UK content to be digitised. We will seek to:

Our members will have contributed to making the material available, supporting open collections and some will be able to increase access to the collections they hold in hard copy.

The content will be reusable and citable by our members and by the wider community of teachers, learners and researchers. 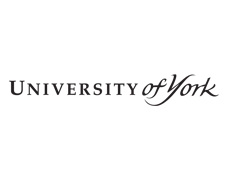 This project ran until summer 2020

A couple of year ago Jisc worked with Reveal Digital to provide early access to US independent press publications for UK Higher Education...
15 Feb 2018

Peggy Glahn of Reveal Digital concluded a recent guest post on this blog by stating:...
31 Jan 2017

You may be interested to know that Reveal Digital’s Independent Voices is now available to UK Higher Education institutions for pledging...