No thanks Yes, I accept

BRISSKit is a suite of open source applications which make it easier for researchers to manage their studies. This includes the identification, selection, engagement and recruitment of suitable subjects for research.

BRISSKit has delivered a set of standalone and inter-connected biomedical research database applications based on open source tools to support the following activities:

The BRISSKit code has also been developed to integrate with the following external components:

The development of the project was funded by HEFCE via Jisc as part of the University Modernisation Fund, which delivered exploratory work and prototypes of new software as service applications.

Building on these earlier phases of investment - Jisc has worked in partnership with the BRISSKit team at the University of Leicester to assess whether the project can be developed into a Jisc service including support for institutional tailoring of the software to fit with the needs of different research projects and the provision of information governance compliance via a secure data centre infrastructure.

This work has involved detailed modelling of service functions, operational models and delivery costs as well as substantive market research to understand the level of demand and also the potential to deliver a sustainable service. The conclusion was that there is insufficient current usage and evidence of future uptake to make a managed Jisc service offering viable.

The results noted the open source and commercial tools in place to support research in biomedicine and translational research, and challenges such as the lack of appetite and funding needed to change to new tools and services.

Having reached this point in development and having reviewed progress so far, a value-based decision has been taken that offering the code base for researchers and teams to build upon is the most suitable model.

We are therefore now working with the BRISSKit team at Leicester to make the code base freely available via a suitable repository along with a set of documentation to support further take up and use. 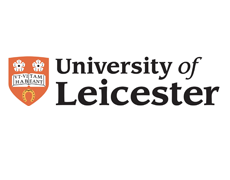 This project ran until winter 2015